Effects of Water Scarcity on the Girl Child in Need

A LIFE NO ONE SHOULD LIVE – in Sub Saharan Africa 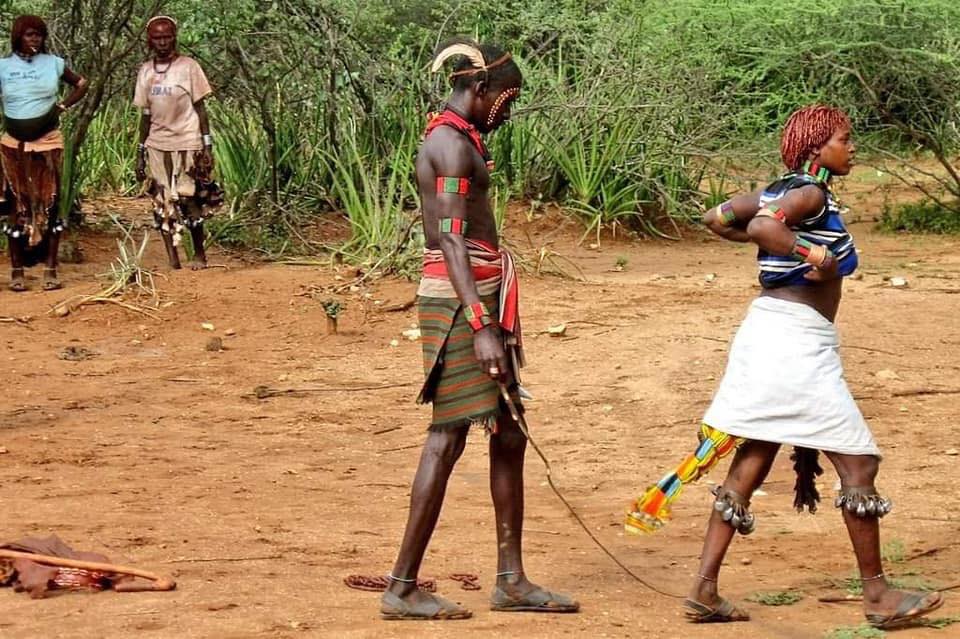 Multiple layers of prejudice and discrimination faced by Women and Girls.

In a world where change is inevitable, human relations have evolved over time. Resultantly, states have developed, cultures have discarded, adopted or stuck to certain customs and religions have picked or stuck to particular paths. Simply put, families and societies have been glued together by certain rules and guidelines; some favouring the development of the society or family as a whole, others favouring a certain group of people in the society or family and others prejudicing a particular group or gender in the family or society, merely because they belong to that group. With different societies holding onto different beliefs, there are higher chances that, what is prejudicial to one girl in Northern Kenya may not have the same impact on another girl in South Sudan. Similarly the two are likely to have areas of intersection, where they share similar prejudicial treatment propagated by different people. Focusing on real life scenarios, we need to critically look at what we call the pillars of our society, what we look at as rules, customs and guidelines that enable us regulate human relations. I want to share certain real life scenarios. What can we learn from what happens in other societies?

In Uganda, human rights in particular women’s rights were incorporated in the National constitution. Aiming at implementing strategies to protect and promote rights of women regardless of where they live, religion or culture they subscribe to.

This recognized the fact that women, children, particularly girls have several layers of discrimination. In most cultures like in Kween district, Butaleja, Budaka etc. Women and girls have no property rights over land when it comes to inheritance. Unless a parent gives out the gift of land to her daughter while he or she is alive, the girl child is never considered in circumstances where her parents die without a clear will. In these clan societies, clans will inherit most of the property, prejudicing the girl child. Emily, a resident of Kween district was married off at the age of sixteen, she spent 10 years in a marriage bogged down by domestic violence. At different stages, she has narrated her experiences, these depict the several layers of discrimination that we can do away with. A mother of five children all sharing a hut in their humble village homestead. One time, her husband came back home late, very drunk. She served him food but he did not like it. He started complaining that ‘the food was tasteless, had no salt.’ He then asked for hot water for tea. Suddenly he got the pot off the fire, and poured water meant for his tea allover Emily. His target was her face but she turned and only her back and shoulders were burnt. He later threatened more violence in case she told anyone about the ordeal. Emily treated herself using local herbs till she got fine. With all that, she still stuck to the confines of the marital home that was filled with violence.

Unfortunately, her abusive husband passed on in the eleventh year of their marriage, she was only 27 with five children to raise as a single mother. Her husband’s relatives and clan elders immediately took control of the deceased’s property with no regard for her current responsibilities. In one clan meeting, the clan elder told her, ‘clan customs dictate that women do not inherit their husband’s property no matter the circumstances…’ All the land, heads of cattle were shared amongst the deceased’s brothers, nothing left for Emily and her children. The clan elders claimed, they would help her where necessary. As time went on they abandoned her, she had to look for means of survival for the six. This reality does not only stifle development but keeps viscous circles of poverty thriving in particular blood lines. This also gives us a wakeup call. What much can we do individually or collectively to see to it that state laws protecting minority groups are actually implemented. At Prince Wako foundation, we look at human rights in the broader sense. For example the right to information. The right to information if looked at in light of the girl child, one will understand that it is important for women and girls to know who to approach, where to go in case they face certain dangers. It is important to know the protection offered by national laws, so that they do not take prejudicial cultures and customs as the standardized way of living life in a modern society.

The other day I watched a broadcast over Al Jazeera. The reporter was highlighting the state of Moslem child brides in rural Eritrea. These child brides are married off at an early age in the name of the prevailing cultures, and are tasked to fulfill their marital obligations as dictated by Islam. In one Rural Eritrean village of Mosebo, child marriages are a common phenomenon. Simply because; men wish to marry girls at a tender age while they are still virgins, the society highlighted has deep-rooted traditional practices where marriage eligibility is determined traditionally by the consensus of clan elders. It is well documented, early marriage affects girls’ survival and development of their full potential. Prince Wako foundation is committed to pursue not only to campaign against harmful practices, but to work vigorously towards the abandonment of all the harmful practices. In reality, working on traditional practices takes time because it requires strong attitudinal behavior changes in families, communities and opinion leaders including religious leaders. Remember it is also difficult to follow particular acts since they can be done in secret. Fatimah of Mosebo village was married off at the age of fourteen, her husband forty four. A herdsman who wanted someone to do his home chores. For several years, the couple have lived with no genuine connection, spend less time together, all in silence. At an early age, she had to fulfill her conjugal obligations as a wife as dictated by their religion.  A very painful experience that she has lived to regret. Fatimah is now a slave to a marriage that was arranged by clan elders, her goals of education died the day the decision was taken but she still has to persevere even when she has thought of committing suicide at several occasions.

These are realities in our societies. In most cases, what appears in the open in a neighboring society, is likely happening in secret in your own or my own society. In the horn of Africa, early marriage is the main reason for dropping out of school, basing on World Health Organisation reference standards. The prevalence of female circumcision, in the same region is still very high. There should be specific interventions to end bad practices. Successful prevention approach should be collaborative in nature, teens must be involved – their right to information, their families, teachers, local authorities, faith based organizations, clans and law enforcing bodies must be involved. Let us challenge one another to make the world a better place to live for everyone. No girl or woman should be discriminated or mistreated on account of being female, we can do far better as humans.