Prejudice and Discrimination faced by Girls

IF THERE HAD BEEN NO WAR 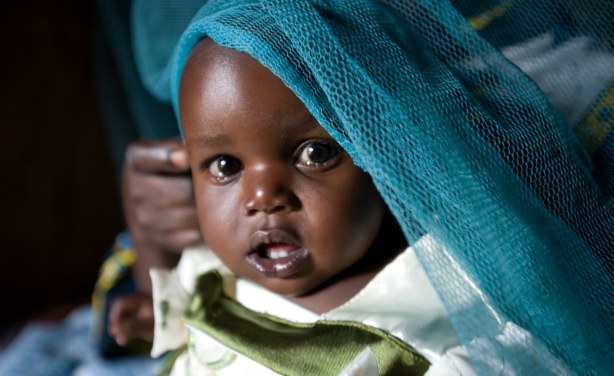 A LIFE NO ONE SHOULD LIVE.

“Despite the fact that malaria is a number one killer in Sub Saharan Africa, several circumstances make it hard to reach prevention goals

At the Dandora dumping site, an eastern suburb in Nairobi Kenya, people of all age groups scavenge for recyclable materials. Some go an extra mile to scavenge for left over foods, all this as a result of extreme poverty and homelessness.  In an environment with a great risk all kinds of pollution and diseases, people still thrive there. These range from street children, to elderly homeless women. When you take keen interest in their lives, one is able to know that these people are grappling with a series of ailments, from malaria to tuberculosis and cholera. In a society where the population is high, certain happenings are likely to go unnoticed, but this does not take away the eventual impact any action or result has on the standing of a society. The life lived by street children throughout the day as they scavenge through rubbish hips is only a tip of the iceberg. When you dig deeper you will feel the pain they live through each minute. When one tightens the screw, you can see that at Dandora, it is not rare to find breast feeding mothers seated at certain points overseeing the collection of scrap metal, which they later sell to take care of their families. One can also see elderly women bending over, in the company of their grandchildren collecting all kinds of recyclable material or any kind of food stuffs they can get hold of to satisfy their immediate needs.

A walk through this dumping site got me hoping that this should be the last day I see something of this kind. A few meters from the Dumping site stood a shack, made out of dry bamboo stems and black polyethylene, this was habited by several street children. It was 1:30 pm, temperatures were soaring. The majority of children were already out there picking all they could, so that they could survive. Moving from hip to hip, picking food stuffs and scrap metal. Tracks carrying trash streamed in one after the other, adding more trash to several hips. At some points, trash was on fire and smoke rose up to the skies forming grey clouds in the immediate areas. Accompanied by one volunteer, we approached the children at the dumping site. The girl, who looked older than the rest gave us attention and the rest followed suit. I asked several questions which she answered innocently, she was only 14. One of the young ones said, the best thing they had picked that morning were sweet potatoes and it was time for them to head back to what they called their home. On our request we walked with them to the shack.

Inside, were old mattresses lying on the floor, with old plastic cups, plates and several saucepans lying all over the place. At the extreme corner lay one child, turning around in the make shift bed. Her dry cough made it so hard for her to lie comfortably, she kept getting up. I later learned that she was under medication – malaria tablets. The children had been able to purchase a few malaria tablets for their colleague from a nearby pharmacy and were administering self-medication, it was now three weeks. The condition was getting worse. The older girl administered the medicine. For the sake of this article, I will call her Mercy. Mercy was like a mother to the rest, though a child herself. The colleague I was with – Volunteer, a nurse at a nearby health center got close to the patient and made a physical examination of her. I saw pain covering her face, there was something grave she had discovered, I thought to myself. I wanted to know more. Having witnessed the means of survival of these children and the manner in which they slept and how they survived collectively as a unit. I wanted to know what was eating this child up.

Mercy was convinced, her friend was suffering from malaria, she was sure she had treated several of her other friends using similar drugs and they got fine.

“They were so used to self-medication, to the extent they called any kind of body ache and headache malaria and thus got malaria tablets cheaply.

Sometimes half of the doze and when one was fine, there was no need to continue with further medication. This time, here was their friend, the condition was worsening but they still had hope. A family made on the street was standing together amidst medical complications that none of them really understood. I knew very well, that most malaria cases and deaths occur in sub-Saharan Africa. I had grappled with malaria on several occasions as I grew up in my home country Uganda and I knew how painful and devastating it could be, but in this case, I was seeing something different. The world health organization on several occasions warned the rest of the world of the vulnerable nature of Children and pregnant women in relation to malaria, they are at a higher risk. Mercy reached for the corner of the house, near the clay pot, she pulled out a series of tablets, malaria drugs. Yes I knew them but the volunteer kept shaking her head. At that time she was speechless. Sometimes when you carry out research on social issues, it is hard to separate emotions from whatever you must do and the information you are tasked to get from a research area. Heat trickled through the shack. At that time, it felt so inhabitable, but they were so used to it. The other children sat at the right hand end and contributed where they felt they could and responded to questions where they could. I knew something had to be done, but my time here was limited. Half a day is all I had, I had to move on to the second research area before 2pm.

As I drove to the next research location, images of the ailing girl lying on the floor ran through my head. The dry cough that had lasted for a while, the manner in which she complained of chest pain and the chills. Muthoni the volunteer had stayed with the children, she wanted to do something regardless of the circumstances, and in actual sense I left her contacting the ambulance services from her health center. At 6pm I got a call from Muthoni, with poor network, I lost the connection but she insisted and called several minutes later, it felt like a distress call. Worry gripped me, there was fear of something worse than what I had seen on the face of the sick child in the shack. At last Muthoni and I talked over phone, the patient was at the health center and had been diagnosed with tuberculosis. Mercy was by her side to take care of her.  No father or mother around, the children were there for one another at a very trying moment. I knew very well from personal research, tuberculosis could be fatal in case it was not treated properly in time but Muthoni assured me of one thing “…she will be fine…” and I held onto her promise. I knew these children had been exposed to risks of all kind, they picked garbage from a damping area without protective masks and since they shared one single room, the rest of the other children were also in danger. It was bigger than what I thought. A life entangled with a series of devastating challenges that only worked to stifle the development of children. Having lived several years on the streets without parents, there was need for hope to prevail in theses children’s lives. In the hands of Muthoni, I knew these children would find a safe place to stay and live healthy lives. Her passion for children burnt like a fire in her heart.

Despite the fact that malaria is a number one killer in Sub Saharan Africa, several circumstances make it hard to prevent. Being a common disease, others innocently take it for granted and resort to pain killers and self-medication. Such circumstances make it more dangerous. The young are at a higher risk of its devastating effect due to low immunity. Well then look at street children living out on the streets on their own? What then is there for them? We find every day heroes like Mercy here who take care of fellow street children amidst all kind of health complications. Malaria is a serial killer but today’s experience reminds us of the grave danger that tuberculosis poses to our households since it is infectious. With tuberculosis, one will definitely have lung complications and due to a weak immunity, other diseases will cripple in. With such an experience where a young TB patient is sharing a shack with other children there is a higher chance of others catching the disease. Let us gather strength and challenge one another to prevent such serial killers in our societies. Prince Wako foundation has over the years worked tirelessly to empower the girl child, more so those under distress and the less privileged. With ambitious plans to see to it that beneficiaries are healthy and can attend school, we must see to it that diseases such as malaria and tuberculosis are prevented under all kinds of circumstances. Join Prince Wako foundation as it implements most of its projects in remote areas in sub Saharan Africa.